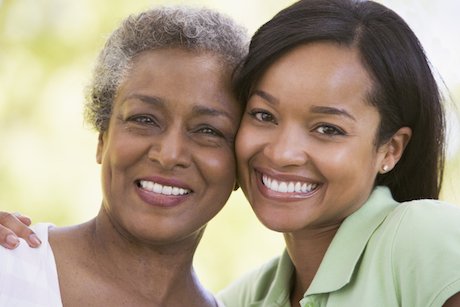 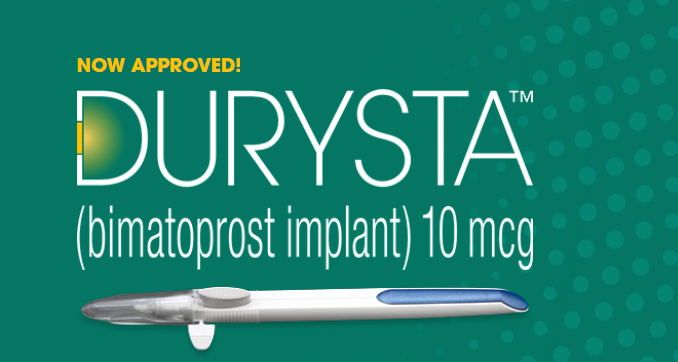 At the office of Dr. Edwin M. Schottenstein, our mission is to help our patients maintain healthy vision over a lifetime. We believe it is important to provide state-of-the-art treatment options for our patients in the Upper West Side, Manhattan, and NYC areas.

For our glaucoma patients, Durysta is the first and only FDA-approved dissolvable ocular implant to reduce eye pressure in people with open angle glaucoma or high eye pressure (ocular hypertension). This is a milestone for the glaucoma community and provides a much-needed option for patients challenged with topical drops or needing alternative options.

With Durysta, patients no longer need to experience the common side effects of blurred vision, burning/stinging/itching/redness of the eye, eye irritation, changes in eyelash number/color/length/thickness, eyelid changes/skin darkening, dry eye, lid crusting/discomfort, or increased sensitivity to light. There is no longer a need to take commonly prescribed Latanoprost and all of its uncomfortable side effects!

This dissolvable implant requires only one procedure for several months of eye pressure control. Durysta automatically releases the medicine to help reduce high pressure inside your eye, doing the dosing for you without having to administer a medication every single day or on a regular basis. With this procedure, patients will have one less medicine to remember taking each day.

So What Is Glaucoma?

Glaucoma is a leading cause of blindness in the United States, and the chances of suffering glaucoma increases with age. Loss of sight from glaucoma is preventable when treated early. Glaucoma is a common eye disorder that is, in fact, not one but an entire group of disorders with a common label. It consists of a group of disorders that damages the optic nerve, which serves to send the images from the eye to the brain.

The early stages of glaucoma are undetectable, and experts estimate that only half of the people who currently have glaucoma even realize that they are affected. While there is no cure for glaucoma, many medications and procedures exist that can help to slow the disease or stop it altogether. However, like so many eye-related disorders, early diagnosis is essential. Because the early stages of glaucoma have no noticeable symptoms, regular eye exams are recommended for everyone, even those who have no eye-related symptoms or problems.

When clear liquid (aqueous humor) flows in and out of the eye at an uneven rate, fluid pressure within the inner eye becomes elevated, leading to damage to the optic nerve. Higher intraocular pressures lead to a higher risk of developing glaucoma. However, some patients with elevated pressures will not develop glaucoma and some patients with statically normal pressures will develop glaucoma.

Glaucoma can present itself in a couple different ways, from more mild and gradual, to accelerated and severe. Here are the different types and what sets them apart from one another:

If you start to experience any of these symptoms, you should request an ophthalmology appointment with us immediately, as these are signs that narrow angle glaucoma are setting in:

Regular eye exams are the best way to detect glaucoma. Dr. Schottenstein will measure your intraocular pressure, evaluate any nerve damage, check the drainage angle of your eye, and test your vision. Photographs of your optic nerves may be taken in order to document the appearance of your optic nerves.

Though glaucoma has no known cure, there are highly successful ways to treat glaucoma, in some cases, even completely halting its negative effects on vision. Here are some of the most common treatments:

Again, early detection and treatment is extremely crucial for slowing or halting the process of the disease. Vision loss is permanent and should be taken very seriously.

Find Out If Durysta Is Right For You

To learn more about this single-use implant procedure and to see if you qualify, please visit our Durysta informational page. Our office is here to answer any questions you may have – you can contact us to schedule an appointment with Dr. Schottenstein.